How To Retain and Recruit Top Producing Loan Officers The Recruiting Problem: How To Retain and Recruit Top Producing Loan Officers

You have a great initial conversation

A typical scenario where you talk to a prospective loan officer, a GOOD loan officer, you have a great conversation where you tell them all of the things that you and your company can do for them

But they’re not ready today

During the course of this meeting, you know that they believe it too. You’re both on the same page and they can see how you can help their business. It’s a great meeting, but they are not ready to make a move today.

You leave that meeting, you send a follow-up email “hey, thanks for the time, I really appreciate it”.  Maybe you hear back from them or maybe you don’t.

They’re only going to be ready when they are ready – when they’ve reached the Breaking Point.

The reality is: High producers leave when they’re pissed or unsatisfied. They’re pissed at underwriting, pricing, turn times – you name it. Making things more complicated they won’t leave their company until they have a lull in their pipeline. That’s even more problematic given LO compensation considerations. They don’t leave for bells and whistles, marketing programs or things that get them more loans. Producers don’t need bells or whistles and they don’t need more loans. So when they’re pissed and can afford to leave their company, they’re at the Pivot Point.

Without a doubt, you’ve lost a recruit at some point to a competitor because you weren’t in front of them at the very moment they decided to change companies. Every company has experienced that problem more today than ever before. Being in front of them at the exact time – the Pivot Point – is impossible unless you’re stalking them. At minimum, they become annoyed – actually a negative result if your recruiters are actively doing their job.

Lenders try to force the action– because they’re not the first lender they think of at the exact moment in time that they are ready and can afford to make a move.

So what is it they do to try to force the moment?

LO Magnet allows you to solve the retainment and recruiting problem and put you there at the Pivot Point. Imagine how you’d feel if you knew the competition was in front of your producers 5 times a day – and maybe on a day when they’re unhappy.

RateAlert.com has taken all of its MBS-related services: Rate Alert, Sigma Research, MBS Authority, and more and put it under one brand – LO Magnet.  RateAlerts products are used and adopted by thousands of top-tier originators that feel the need to position themselves as experts. 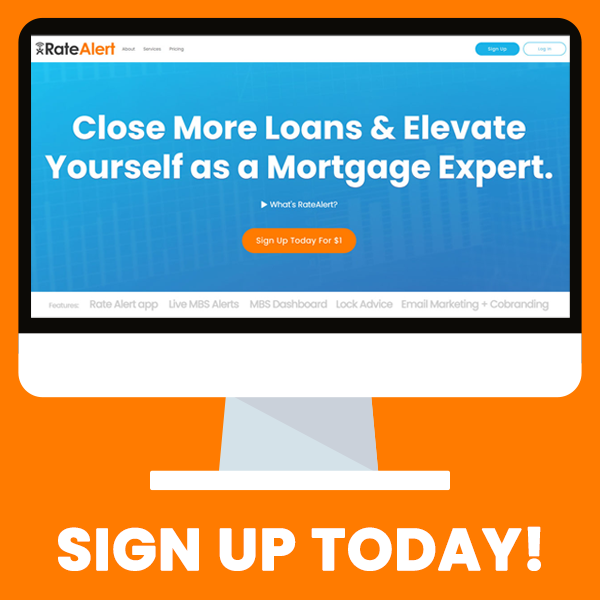